“Best Budget Style Finds” shares the top discoveries from the previous month. Some of these will have already been included in past posts and are deserving of another mention. Some will be great alternatives found by the intrepid community. And some are just odds and ends that don’t currently have a home.

We’re smack dab in the middle of sale season. And we’ve been getting some serious inspiration from the recent Bond 25 set photos. Which means there was no shortage of great things to share this month. Let’s get to it! 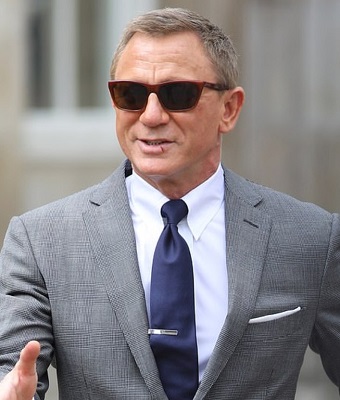 Just guesstimating here, but I’m thinking we might see an uptick in tie clip sales over of the next year or so. Not exactly sure why …

As for Bond’s new neckwear jewelry? The response has been mixed. Some like it and feel it gives the whole look more of a 1960s, Mad Men vibe. Others aren’t crazy about it, stating it’s a little too busy for 007. Some are even comparing it to the collar bar he wore with the SPECTRE Rome outfit. Personally, I just wish he’d gone with a classic dark navy grenadine tie. For me, that would have taken the whole look to the next level. 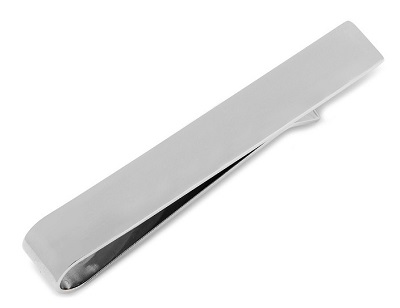 A basic and classic 2 3/8″ tie bar in stainless steel coming to us from Cufflinks.com. It has more of a matte finish for those of you looking for a little less shine. 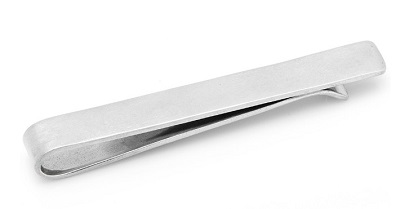 A more expensive, made in the USA option in sterling silver. At 2″, this one is a little shorter than the stainless steel version. But it still has that slightly matte finish to reduce shine. 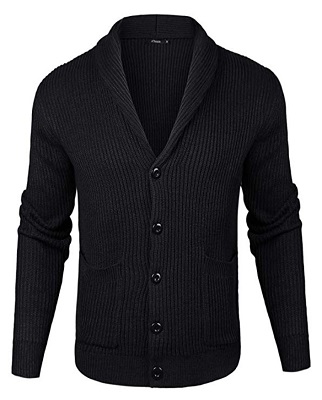 I really hate it when this happens. Some incredibly kind and generous reader sent in this suggestion via Facebook or Instagram or an email or in a comment. And I can’t find it anywhere to give them credit for the find! I’m really sorry! If you were the person, let me know so I can update the post!

About the cardigan. Obviously it’s a very affordable alternative for the Quantum of Solace Tom Ford number. And, aside from differences in the collar knit pattern, it looks pretty good! The yarn is a 65% wool/35% polyester blend and it has the rib knit style and patch pockets to match the original. It currently has 3.7 out of 5 stars on Amazon. Most of the complaints are about the sizing. So make sure you double check their size chart before you order. Our full post on alternatives for the cardigan will be updated in August. 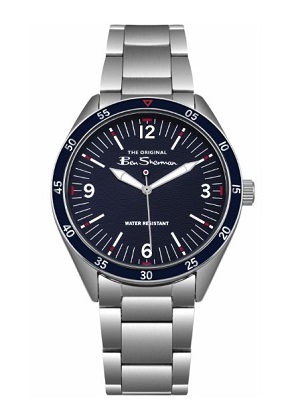 A very budget alternative for the Casino Royale or Quantum of Solace Planet Ocean. You can find more options for that particular model in this post. I won’t even begin to pretend the Ben Sherman is a quality watch. Also, the face is dark blue instead of black. But with its thinner (fixed) bezel and mix of stick and numeral indices, it clearly takes some of its design cues from the Omega. At 44mm, it’s a large watch. Which should appeal to fans of the “Big Size” original. And, I have to admit, the Product ID code makes me wonder if someone at Ben Sherman was having a little fun with the name …. 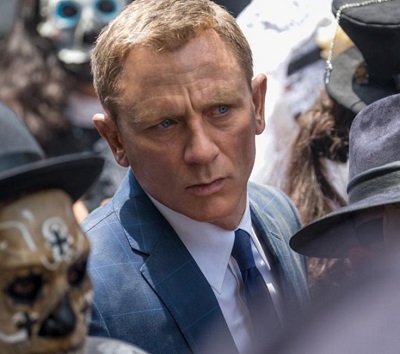 One of the more popular suits worn by Daniel Craig’s Bond was the mid-navy Prince of Wales check from the SPRECTRE PTS. It was certainly a change of pace from much of what came before. While variations on the classic glen check have been a staple suiting for Bond since the start of the franchise, the color (from a distance) was most reminiscent ofSir Roger Moore’s marine blue suit from The Man with the Golden Gun. For more info on the SPECTRE suit, check out The Suits of James Bond and BAMF Style. I’ll be updating our full post on alternatives later this month. But here’s one to tide you over until then …. 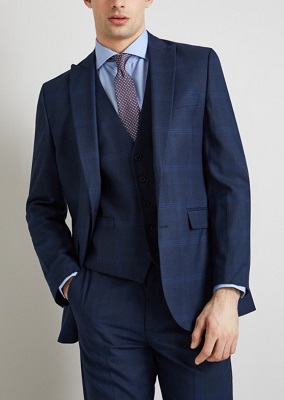 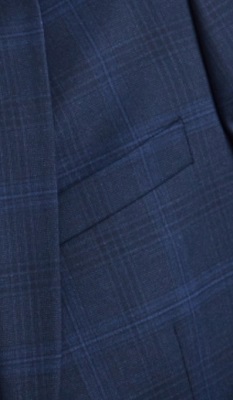 The lighter blue overcheck is a little thicker than on the Tom Ford. But the mix of mid-blue and black in the base pattern makes the color a great match for the Mexico City suit. And while the peak lapels aren’t screen accurate, they are one of Ford’s favorite style details on his non-Bond suits. Now, if you’ve looked at the price, I sincerely hope you’re not thinking you’ll get super high quality. The fabric is a mix of polyester, viscose and elastane. And there’s almost no doubt they’ve gone with a cheaper fused construction method. That being said, it still has good reviews on the Moss Bros. site. The same style is also available in their slimmer Tailored Fit for £99.95/$200.00.

For your SPECTRE Morocco Look 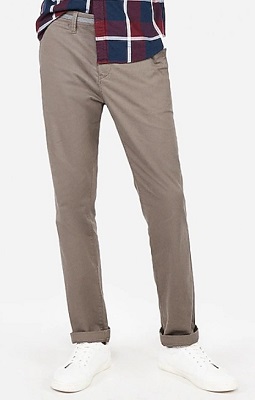 Originally suggested by AJB007 forum member armenianmovieman, these were our “Best Option” in the Brunello Cucinelli SPECTRE Chinos post. I’m sharing them again since the price has now dropped about $25 and there’s still a large selection of sizes left. If you went with a dark SPECTRE linen jacket alternative (more options for that can be found here), these would be a great pick-up.

Adding a little King of Cool into the mix … 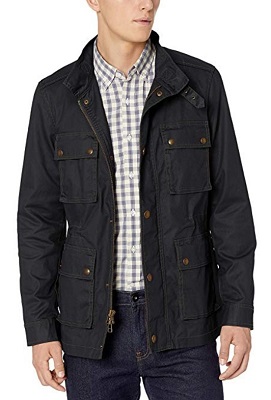 It won’t really be waxed jacket weather for a couple more months. But it’s always good to think ahead! This alternative for the iconic Steve McQueen Barbour or Belstaff style is coming to us from Amazon’s in-house brand. The reviews in general are pretty good for an under-$100 replica, with the negative comments focusing mainly on the smallish sizing and initial feel of the material. General consensus seems to be: if you’re looking for this style of outerwear for walking around the city, it’ll get the job done. I’ll be updating our post on alternatives for the McQueen motorcycle jacket in August. But if you want to check it out, there are still a few good options left.

Who the hell made the Bond 25 shorts?

I keep looking and looking … and I’m still not finding a pair that completely matches what we saw in the Jamaica set photos. But while the search for the screen-used ones has been frustrating so far, one pair from our post on Bond swimwear alternatives look to be winners …. 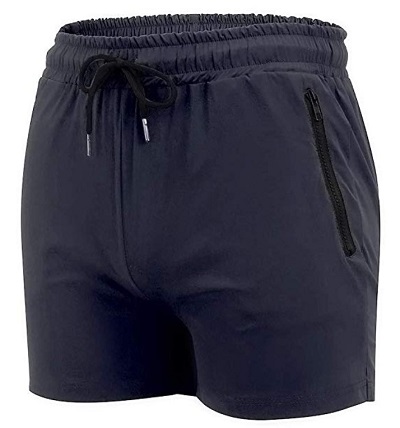 Originally suggested by AJB007 forum member August Walker, these 80% nylon/20% spandex shorts hit a lot of the right style notes. Our Facebook friend Sean bought a pair and gave them a pretty glowing review. That’s a pic of him wearing them below. 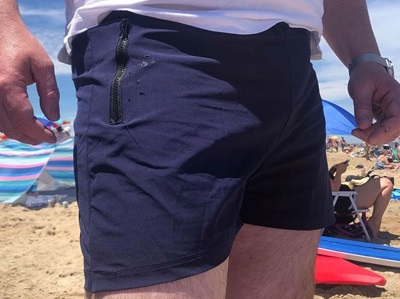 Still plenty of sizes left on Amazon. Just make sure to read the size chart!

This is why we call him a Style Icon. 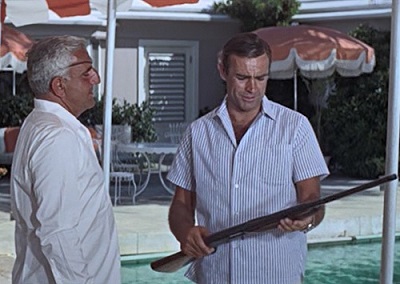 I’m really starting to believe Bond’s Thunderball Palmyra outfit may be the perfect summer casual look. It’s just three simple pieces: a short sleeve shirt, chinos and sandals. But it finds that perfect balance between casual and not too casual. You’ll stand out in a sea of t-shirts and shorts without looking like you were dressed by the internet. You can find more alternatives for Bond’s summer shirts starting in this post. 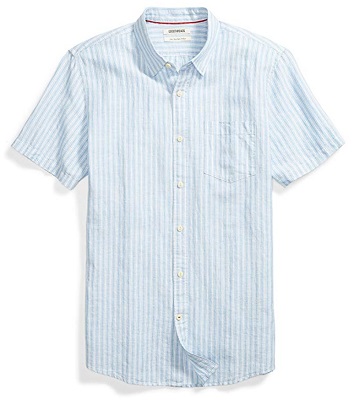 The paler blue track stripe isn’t quite screen-accurate. But it’s certainly affordable and, when paired with some cream colored chinos, has the right look. Plus, the 55% cotton/45% linen blend is going to help you from over-heating. Amazon has sizes small to XXL in stock. Sadly, I can’t find this model on the Amazon UK site. 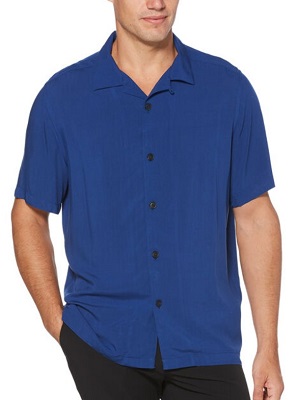 A bonus alternative for another Thunderball shirt. Perry Ellis used a 100% rayon fabric and a camp collar design for that 1960s feel. This is a relaxed cut, so you may want to think about sizing down if you want a more fitted look. Sizes small to XL are available on their website.

How versatile is the SPECTRE Linen Shirt? 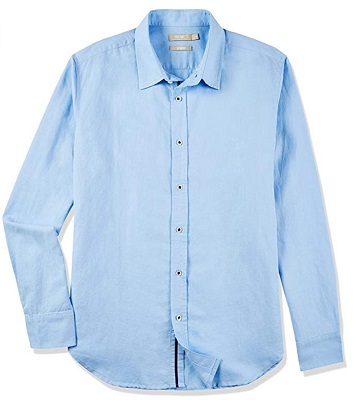 This option from the Amazon in-house brand gets two things right. First, no button down collar. Second, no chest pocket. And that 52% linen/48% cotton “Sky Blue” fabric is a great color match. The only thing I don’t like is that little strip of colored ribbon down the placket. But for the price, I could probably live with it. Sizes small to XXXL are available on Amazon U.S.

It’s never too early to start thinking about Boot Season …. 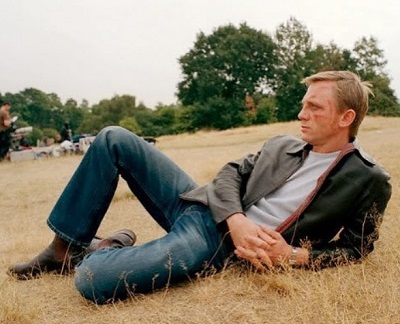 Before he moved on to the tobacco suede Gilchrists (alternatives for those in this post), Daniel Craig’s favorite R.M. Williams Chelseas were the dark brown full grain leather ones. He wore a pair of Henleys in Layer Cake. And he’s been seen in wearing the Gardener model out and about in New York. There’s no denying the heritage Australian brand makes a great boots (I have two pairs myself). But now that the price is creeping up to $500, they’re also get very expensive. 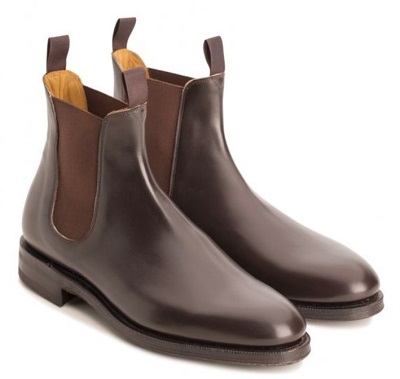 So I was very happy to see that Meermin has updated their version of the Chelsea. The biggest improvement? They’ve started using a whole-cut leather construction, with no seams below the gussets. Just like R.M. Williams. But … and this is the really awesome news … they’re about half the price! Meermin has used a French boxcalf leather upper built around their popular Hiro last, a Dainite like studded rubber sole and a Goodyear welted construction. So a LOT of boot for the price. Just a warning that sizes are getting low on their website. 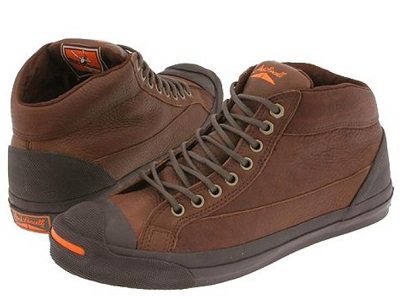 Above are original Converse Jack Purcell OTRs that Bond wore for the Madagascar chase scene. And it is very difficult to find a good match for them. But then Eric left this idea in the comments for our Bond Casual Summer Footwear post. I completely missed this option when I was searching the Converse website. Honestly, I thought you could only customize the canvas All Stars. So this is a great update for those of us looking for some alternatives from the original brand!

Below are a pair of leather Jack Purcells I customzied. I used the “Dark Clove” color for the body and tongue with the black stitching (for a little contrast) and black rubber side walls. While not an exact match, they don’t look too bad. And we get the Smile on the toe cap!

And here’s a pair of Leather All Stars I customized for $100.00. Same colors, but I added the gold eyelets this time just to be a little different. 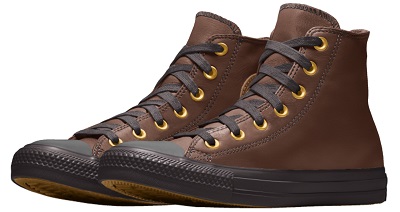 Thanks Eric for bringing us up to speed on what Converse is offering!

Did you pick up any good Budget Style finds recently? Share your discoveries in the comments below! And remember you can catch us on Facebook, Instagram and Pinterest if you’re looking to stay on top of deals from around the net or just need some inspiration!

*If you can guess the obscure (and annoying) musical reference, you win the Internet today! Congratulations!